According to Moonalice legend, the year 420 figured prominently in the early history of the tribe. December 30 of that year saw the discovery of inhaling by the matriarch Morning Glory Moonalice. The discovery immediately triggered a domino effect, the first step of which occurred the next day when Morning Glory taught the tribe to inhale at the annual year end gig. Everyone got wasted. And so began New Year's Eve, a tribal tradition that carries on to the present day.

According to Moonalice legend, the tribe revolves around its women. Females hold the key to happiness, both for the tribe and its agricultural products. So if you want to be happy, take care of the females in your life. If your buzz has gotten the better of you, we remind you that you should only use your lighter on females of the hemp variety. 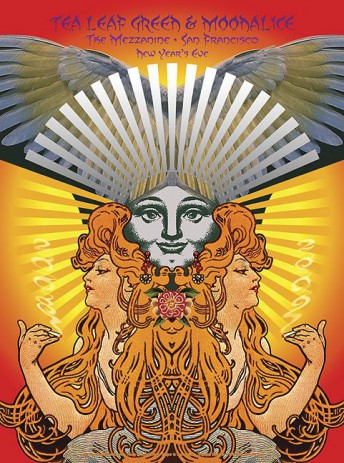