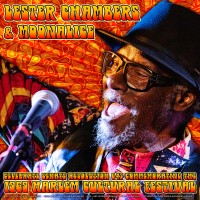 In May this year the Senate agreed, by unanimous consent, to designate the last weekend of June 2022 as a time to commemorate the first weekend of the 1969 Harlem Cultural Festival!

In honor of the occasion Alexandra Fischer has created this wonderful commemorative poster featuring our very own Lester Chambers!!! Lester was the lead vocalist in the The Chambers Brothers who performed at the Harlem Cultural Festival and he now performs with Moonalice!!!

Lester Chambers, with his son Dylan, talk to Ben Fong-Torres about how Janis Joplin, Jimi Hendrix, Average White Band and others didn't want to headline after The Chambers Brothers opened a show. Lester and Dylan continue to play the songs of The Chambers Brothers and much more as part of Moonalice.

Stay tuned to more "Moonalice Minute" episodes where the band talks about their past, present and future. https://www.moonalice.com/

Glide Magazine interviewed Pete about his long career in music, from his days with Rod Stewart, to co-founding Jefferson Starship, to playing with Jerry Garcia, and then to Moonalice. It is a wonderful interview. Enjoy!

Acoustic Guitar magazine asked us to show off some old guitars and play a couple of songs. It worked out really well. We played Nick of Time and Woo Woo. We hope you like this … 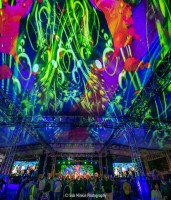 PopMatters wrote up a detailed review of the Bottlerock Napa festival. They wrote about the bands they liked best at the festival. The review is long and organized by day. We headlined a stage on Saturday night, so we are towards the end of that day’s write up. Enjoy!