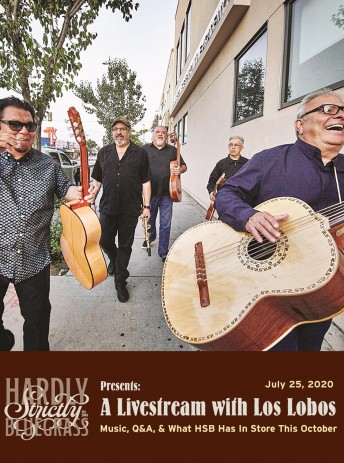 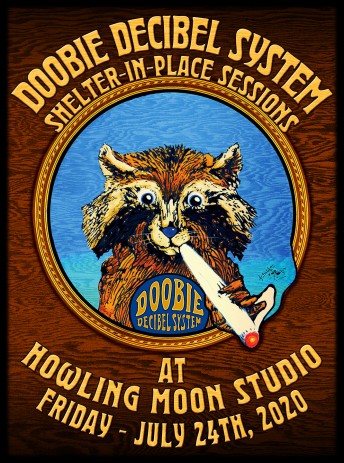 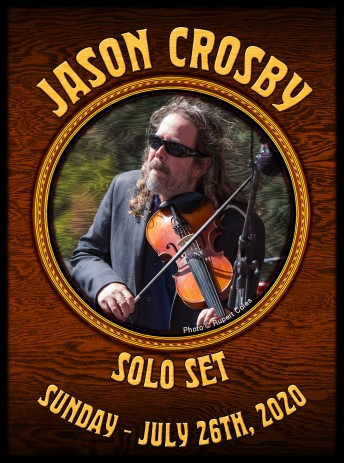 Aug 2, 2020 / Jason Crosby Shelter-In-Place Session #138 at Howling Moon Studios (Bay Area)
Our tour dates have been cancelled due to Covid-19. As Jason is "sheltering-in-place" at Roger's, daily D...
view » 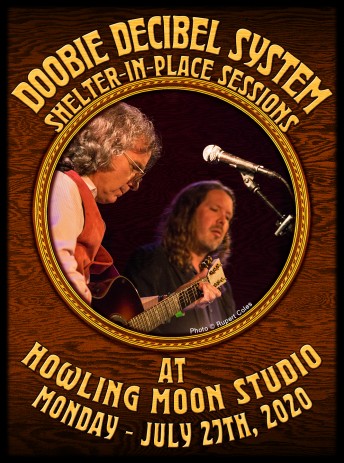 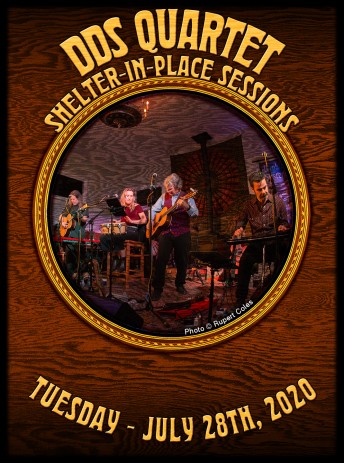 According to Moonalice legend, Chubby recently did an interview with the HeadCount Blog about how he came to write "American Dream Rag" and why he supports #Occupy. 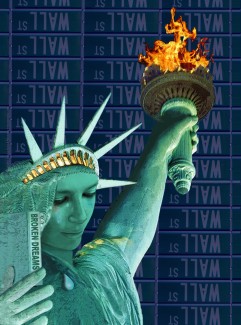 By Andy Bernstein in the HeadCount Blog

When Roger McNamee and his band +Moonalice play “American Dream Rag” at Occupy Wall Street protests, not everyone knows he’s one of Silicon Valley's most successful investors.

Here’s a 55-year old, long- haired guy singing “They took everything we have, but we don’t cry/We can’t afford to drink, but we still get high.”

Would anyone guess that he’s Bill Gates’ self described “sounding board”? Or that he’s an early investor in Facebook? Or manages $1.9 billion in investments with an Irish partner… named Bono?

But the truth is that McNamee, who has spent the last 30 years helping to build technology companies in Silicon Valley, is firmly on the side of the occupiers.

“The country has been stolen,” says McNamee bluntly. “I expect to be involved in getting it back for the rest of my life.”

The Facebook page for his band Moonalice includes posters created for Occupy Wall Street by the band’s artists, including Chuck Sperry and Chris Shaw. McNamee has also appeared on CNBC’s news show “SquawkBox,” explaining to individual investors why they should support Occupy and debunking false reports about the movement.

On the evening when 10,000 protesters flooded the streets of Oakland, he shared his thoughts with us…

On what really happens on Wall Street:

I have been angry about this way longer than Occupy has existed. My first boss told me that “Wall Street is not the world’s highest calling,” but it wasn’t a bad place until the past decade. Irresponsible deregulation combined with unbridled greed has broken the back of our economy. And no one has been held accountable.

On his unique perspective:

I really know Wall Street. At one time my firm was an investor in the technology system that makes NASDAQ work. It wasn’t designed to rip people off, but it’s being used that way now.

On how he came to write “American Dream Rag”:

Somehow we wound up with a two-tiered legal system, where there is frequently no consequence for rich people who do horrible things. Wall Street has been increasingly dishonest for a decade. Wall Street was never an angel, but until recently it also wasn’t the devil. Every step of the way it has been aided and abetted by our government. And the press slept through the whole thing. When none of the major banks had been prosecuted by 2009, I took matters into my own hands and wrote this song in 2009.

His visits to Occupy Wall Street:

I’ve visited Occupies in several towns. My favorite was Philadelphia. I was there on the day they launched it. 500 people who showed up... watching them organizing themselves was a thing of beauty. I loved the simplicity of it. The fact that there was no political agenda. There isn’t any magic to it. It is the American Spring. It is analogous to the Arab Spring . . . and based on the same issues. After all, our income has become as unevenly distributed as Saudi Arabia. This is so disappointing.

Getting caught in a police parade:

In New York, Moonalice had the most amazing experience. We went down in the rain and played the song a bunch of times at Zuccotti. The next day we were scheduled to play a gig at BB King’s, which is a club on the edge of Times Square. It happened to be the day of Occupy Times Square. We didn’t really know it, but the demonstration went right past our hotel. We boarded our bus to go to the gig, and only got around the block when police stopped us at an intersection. While we waited, 8 or 10 paddy wagons turned onto Broadway in front of us. Our bus went up Broadway behind the paddy wagons. They were pushing traffic onto side streets, so our bus was the only civilian vehicle going up Broadway. Next thing you know, we are in the heart of the demonstration. That’s when we began tooting the bus horn. At first the crowd didn’t react, but pretty quickly they figured out we were on their side. That’s when the crowd went CRAZY. We took a really funny video of it. Big Steve Parish, who was Jerry Garcia’s roadie, was convinced we were going to get arrested. I tried to calm down by pointing out the irony of me getting arrested for supporting Occupy.

On New York Mayor Michael Bloomberg’s comments that Congress, not the banks, is responsible for the financial mess:

He knows it’s not true. There is no question that the government played a huge rule in enabling everything that happened, but the notion that the banks are not responsible is just crazy. The sub-prime market is not the portion of the market that Fannie and Freddie [Mac] were doing. Nearly all sub-prime loans were made by commercial banks.

How this was all inevitable:

History is very clear that when an economy sustains unemployment around 20%, social unrest is an inevitable consequence. The official U.S. unemployment rate is 9%, but an equivalent number of people are either underemployed or have given up looking. More important, America is no longer a land of equal opportunity. A handful of industries have paid for the right to set their own government policy. This has produced a huge change in the distribution of wealth in this country, entirely at the expense of the middle class.

The ‘brilliance’ of OWS:

What Occupy is doing is merely leaning against any obstruction put in its path. So the organization system is really nothing more than that. And therein lies its brilliance.

About the future of Occupy:

When Occupy started, our country was buried in a ridiculous national conversation. One party had pushed our country to the brink of insolvency and was arguing that $10 in spending cuts was not enough to justify one dollar of tax increases. Then Occupy began. Within a month, the national conversation had changed completely. We’re now talking about the right issues: jobs, income distribution, the failure of government, and the limits of capitalism.

The vast majority of Americans support Occupy on the issues, even if some are ambivalent about tents in parks. My hope is that the movement has grown beyond -- and is no longer dependent on -- what happens in city parks.

About the attempts to eradicate Occupy:

There is a story going around that the Department of Homeland Security may have organized a conference call with more than a dozen big city mayors to coordinate the eradication of Occupy camps. If that story proves to be true, U.S. government will find itself in the position of behaving like the dictators we have worked so hard to eliminate. The First Amendment guarantees Americans’ right to peaceful assembly. Unfortunately, mayors and police officers in several major cities seem to have forgotten.

Occupy is not a political movement. It is a protest against overreaching by businesses and the government, which means the more the government behaves like Syria, the bigger the protest will become.

The status quo is bad for America. It’s going to change. It will change peacefully unless the government chooses a different path. I hope our leaders will wake up and engage in a thoughtful discussion about the issues being raised by Occupy.

Join up with The People's Rights Amendment....the 28th Amendment protects People as in "We the People.." it specifically excludes Corporations which were never intended by the Founders to have any right to free speech or influence on the elections of humans.