From Small Regional Band To National Touring Act – For Moonalice, Facebook Was The Key!!! 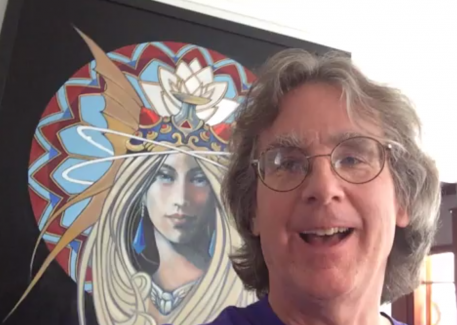 Roger McNamee is both a musician as well as an admin of his band Moonalice’s Facebook page. Over the past five years Moonalice has built itself from a small regional band in San Francisco, to a national touring act, and, according to Roger, “Our Facebook page has been the key way that we’ve done that.”

In an interview in Mashable last year Roger described his “5 Tips For Facebook Marketing Success.”

1. Post a Lot. How much is a lot? Between 10 and 20 times a day. Roger says, "There's no chance of anyone getting more than a few." Content is important too. He continues, "If you're sending spam, that's horseshit."
2. Take Risks. Roger’s love of animals is reflected in the feed. He says that initially some fans were turned off by the animal shots, but overall the lovers outnumbered the haters, and the animals survived to become a key part of the content.
3. Buy Facebook Ads. Roger stresses that the content of the ads — which are usually posts that are boosted to be seen by a wider circle of potential fans — is very important, "We look for real stories, authenticity."
4. Make it a Real Dialogue. A Facebook Page shouldn't be a vehicle for one-way communication. "Answer the emails, 'Like' the comments," Roger says. "Let them know their voice matters."
5. Be Upbeat. In contrast to traditional media, Facebook is mostly full of good news, Roger says. A sour attitude doesn't play well on the platform. "Don't sit there and whine at people. Remember, this is supposed to be fun."

In this video Roger describes how Moonalice has grown its Facebook audience through consistently engaging content – music, art, humor and really funny animal pictures and through spending a few dollars each month to reach a lot more people.

“We’ve worked super hard on content to make it something people will share,” Roger says, and continues, “Moonalice has developed a relationship with its fans and delivers content consistent with that relationship.”

Roger makes the case that anyone can do what Moonalice has done and describes how the person who works with him has done just this with a number of other pages, and across a lot of different categories. He concludes by saying, “It’s not hard. It’s really, really gratifying when it works.”