According to Moonalice legend, tonight’s poster by Alexandra Fischer depicts Mighty Meg Moonalice. Her given name was Megawatt and her personality was electrifying. So was her touch. As a result, Mighty Meg spent her time alone in the lab, tinkering with her personality and inventing stuff. Eventually she invented the vaporizer, for which she will always be remembered. Let us celebrate the memory of Megawatt Moonalice, let’s all inhale deeply!

According to Moonalice legend, tonight was the first MoonaliceTV satellite broadcast in HD!!! 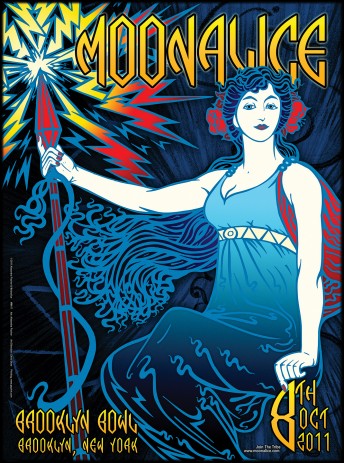