According to Moonalice Legend, three Wise Artists heard about the coming of a great festival. They came from all over, bearing gifts for the festival: posters made of the finest colors. One poster featured a wild thing with four faces. Another depicted a basset hound with a kazoo. Still another, a woman whose face was made of flowers and seashells. The Wise Artists shared their gifts with the festival, which reciprocated with offerings of music and hemp of the highest quality. Everyone saw that this was good and lived happily ever after.

According to Moonalice legend, Four Winds Moonalice was a Wild Thing! With four mouths and only one set of lungs, Four Winds was always the first in the tribe to pass out after a smoke.

According to Moonalice legend, Pokey Moonalice was a ventriloquist. He was also a kazoo-playing basset hound whose puppet companion played bass banjo on the Arrow Stage. Pokey favored blue grass, but didn't know it, due to color blindness.

According to Moonalice legend, some people are really well put together. Others only appear to be well put together. Such was the case with Collage Moonalice. Her face consisted of flower petals, sea shells, and pearls, and required Elmer's Glue to keep the pieces from flying off the page! 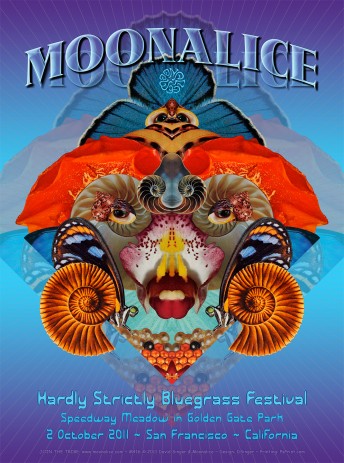 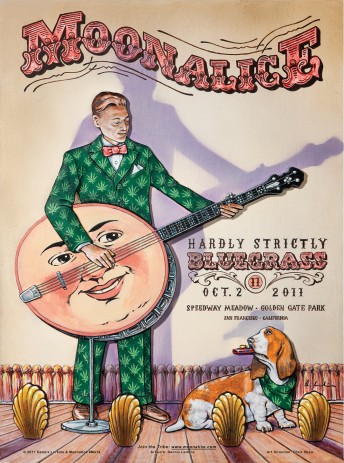 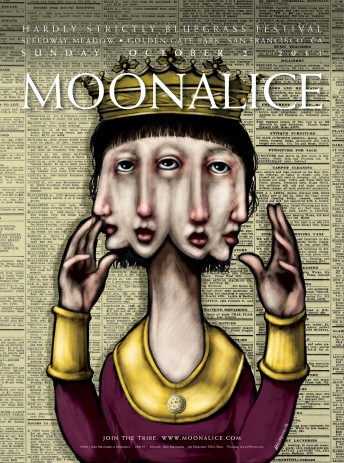