Moonalice is again providing the live video for the Hardly Strictly Bluegrass Festival. We offer four stages of music between 11am and 7pm ... our set is at 1:25pm on the Arrow Stage, which will be the default stage for the day. Select archives from other stages available at http://www.hardlystrictlybluegrass.com/2014/webcast/

According to Moonalice legend, the great author Charles Dickens wrote a novel that was never published ... a sequel to Christmas Carol ... called Yom Kippur Warren. It is a tale of joy, featuring the Ghost of Hellmans Past: Warren ... who has been shredding on banjo all weekend ... Hellmans Present ... Mick, who has played drums on several stages ... and a posse of Hellmans Future ... so numerous, they may need more stages at the festival. 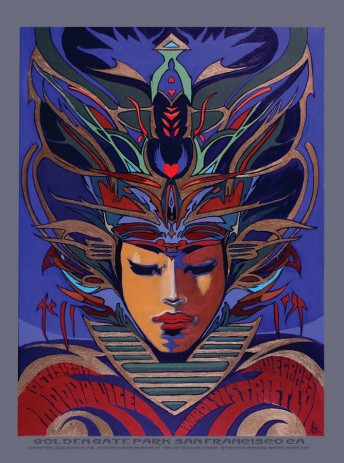