Originally envisioned as the kick-off event for San Francisco's celebration of the fiftieth anniversary of the Summer of Love, the Summer Solstice Superjam wound up being the only celebratory concert in Golden Gate Park in 2017. It brought together the surviving members of many of the most prominent San Francisco bands of that era, supported by younger musicians who grew up listening to their music. Moonalice acted as the house band, with Lebo as musical director. The set list -- primarily songs from 1967 -- was epic. The official audience count was was 18,000 as nightfall hit, but the crowd kept growing until the end. After the concert, the city debuted a spectacular light show on the Conservatory of Flowers.

This is Great!! Brings back lots of good memories. 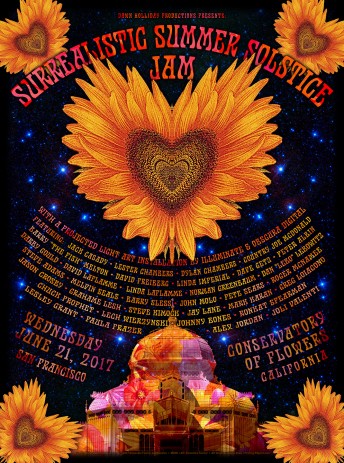 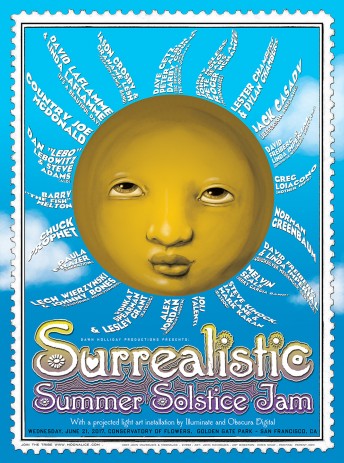 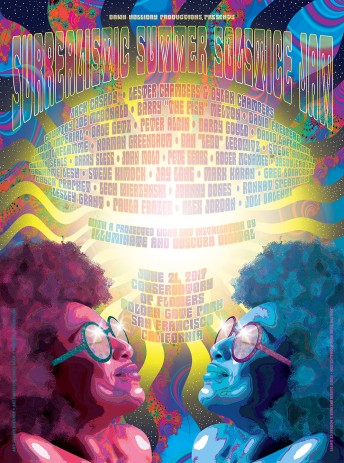 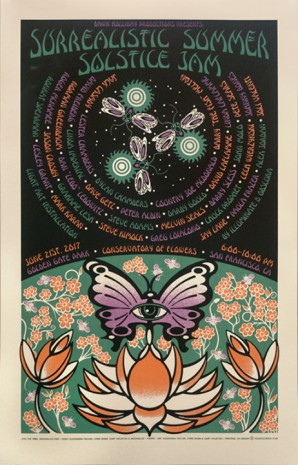