According to Moonalice legend, everyone within 420 blocks of the White House is lawyering up. It turns out that Stormy Daniels’ phone has texts and photos from half of Washington. The result is a critical shortage of lawyers. It’s not just that the supply of defendants may be infinite. No lawyer within 1000 miles wants to go up against Stormy Daniels’ attorney, who has been running rings around Trump’s guy. The American Bar Association put out an emergency nationwide call for volunteers. They need ‘em in DC no later than Monday. So far, only one lawyer has answered the call. Her name is Stony Daniels and she is Stormy’s great aunt on her porn star name’s side. Stony left Long Beach this morning on a tricera-pony named Peabiscuit. They should get to DC some time after the 2020 election. Perhaps the tide will turn. 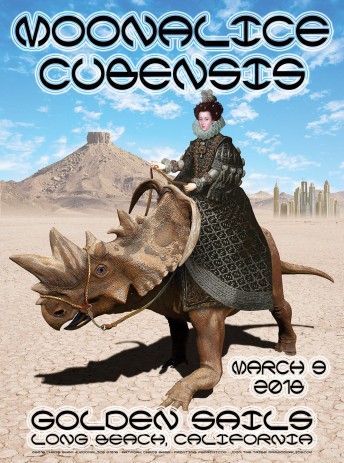