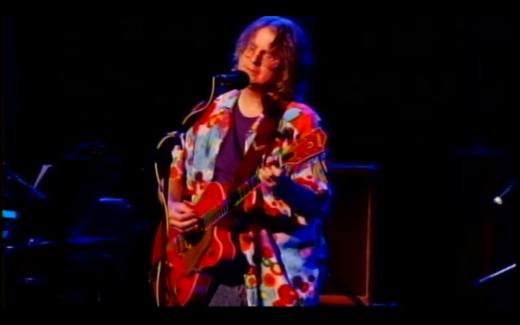 This week Moonalice, the San Francisco carnival rock jam band phenom. that invented Twittercasts, which are free broadcasts to fans over social networks, pushed the tech. envelope even further with live satellite broadcasts using HTML5. Moonalice has been using Livestream on its Moonalice TV channel for more than a year to broadcast shows live to fans. The upgrade to HTML5 has meant that these shows can now be viewed on mobile devices such as iPads and smartphones such as iPhones without an app!

According to the band’s tech. guru and leader, Chubby Wombat Moonalice aka Roger McNamee: “So far, iPads and iPhones work without an app; next will be Android and webOS. The satellite system is surprisingly inexpensive. We paid a guy to write an HTML5 API and we found a carrier willing to provide bandwidth and storage at cost. The satellite system offers more bandwidth than alternatives at the same price.”

Roger McNamee explains further, “Thousands of fans watch every Moonalice show on the Couch Tour on moonaliceTV.com. Satellite-based HTML5 web video is the ultimate connection between a band and its fans – it is within reach for a huge range of bands. Any band can now have its own 24 hour internet TV channel for the cost of a used car. When you are trying to build a fan base, internet TV is the best tool available.”

The screen shot above shows the resolution possible with satellite broadcasts using HTML5. @ZAGrrl commented: “I felt I could reach out and touch the band. The sound was incredible! Moonalice’s broadcasts using HTML5 via satellite are making live mobile music a reality! Any song, any show, anywhere, anytime! They continue to thrill their fans like no other!”

Last March when commenting on the use of Livestream technology after a private show at Dartmouth College, Roger McNamee said: "The Livestream is amazing, because I feel connected to the people who are watching." With the satellite broadcasts in HTML5 fans can now feel and be connected right back - wherever they happen to be!

Moonalice is about to embark on a Hawaiian tour to the Big Island. A highlight in June will be on the 7th when they open for U2 in Oakland, CA.