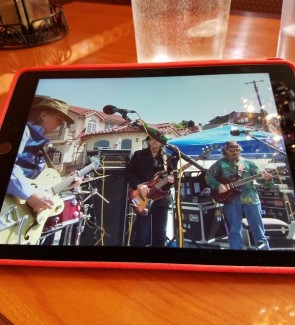 Why the broadcasts? “People couldn’t have cared less about Moonalice, so we had to use technology just to get off the ground. We figured out Twitter, Facebook, live streaming. It’s not that nobody had ever done it, but nobody had ever been dependent on it the way we were. Instead of a manager or publicist, we spent money on technology and social media. Technology was a lot cheaper and we have built a whole community was around this,” Roger elaborated.

“Moonalice is more like a tribute to a style of show,” Roger explained. “That communal, artistic, very hippie-driven model we grew up with. Technology allowed us to do it. Before buying a ticket or an album, fans could listen to our music online and decide if they liked it. I don’t understand why younger bands aren’t aggressive around this. If your audience was 18-25, this would work 100 times better than it does for us."

want to again say happy 10th anniversary to Moonalice. the 6 years of shows is also quite incredible. thanks