Moonalice Celebrates 4/20 with a "Tribal Pow-Wow" 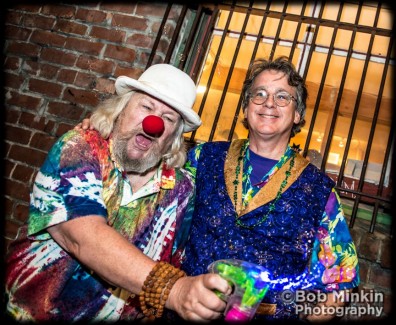 On Saturday 20 April at Slims, the band (Roger McNamee, John Molo, Pete Sears, Barry Sless and Big Steve Parish) played to a unique gathering of their tribe. Wavy Gravy was on hand to help celebrate and all the proceeds of a goodies-packed silent auction (https://www.facebook.com/moonalice/posts/490099477705584) benefited Sweet Relief, specifically for their friend Jim King. Some items up for auction included a White Fender Stratocaster signed by Carlos Santana and a Zildian cymbal autographed by all members of Metallica, among many, many more.

Commemorating it all – a special Moonalice 4/20 “widget” has been created with a gallery of the days poster art, a link to download “It’s 4:20 Somewhere,” a link to the song’s video as well as band info and the ability to share via email and social media > http://www.moonalice.com/420.

Part of the new Moonalice widget will include the first short documentary film on the Moonalice Poster Artists. The film is part of a series titled "Paper, Ink and Rock and Roll - A History of Posters." The first film features legendary poster artist David Singer whose groundbreaking collage posters first appeared in the late 1960's for many Bill Graham concerts at the Fillmore Auditorium, Winterland, and other famed San Francisco Concert Ballrooms. The 13 minute David Singer film was directed by San Francisco based Photographer/Film Maker Jay Blakesberg and was Co-Produced by Blakesberg and Alexandra Fischer who also acts as Co-Creative Director of the Moonalice poster series. Other artists that will be part of this film series include Stanley Mouse, Chris Shaw, Chuck Sperry, and Dennis Loren to name a few.

Roger McNamee (Bass, Guitar and Vocals) aka Chubby Wombat has helped the band pioneer the use of social media in music. In the spirit of freely trading their music for the time and attention of their fans, the band invented such applications as Twittercast concerts, Moonalice radio on Twitter, live MoonTunes (HD video) concerts and the Couch Tour. The band’s website enables fans to listen to any song or show and to watch every concert on a smartphone without an app.