In recent times, the forces of darkness have attacked the tribe, invading its privacy from every direction. Fortunately, TRUSTe emerged in 1997 to defend the tribe (and everyone else) from web-based attacks. While TRUSTe has not yet eliminated all threats to privacy, it's the best hope we have. That's why the band played the gig for TRUSTe's 10th anniversary. 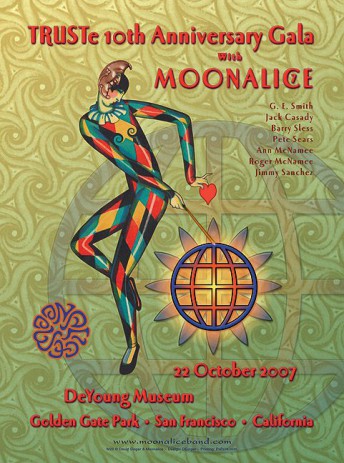