Share
Facebook
Twitter
+
VIDEO COMING
Previous Shows
Find           Show
Next Shows
Harpers Ferry - Allston, MA
view »
Nelson Ledges Quarry Park - Garrettsville, OH
view »
The Thirsty Ear - Columbus, OH
view »
Martyrs - Chicago, IL
view »
Shank Hall - Milwaukee, WI
view »
DeYoung Museum • Golden Gate Park - San Francisco, CA
view »
The Mobius - Ashland, OR
view »
The Mobius - Ashland, OR
view »
Nectar Lounge - Seattle, WA
view »
The Goodfoot - Portland, OR
view »
VIEW MOST RECENT SHOW »
Mexicali Blues - Teaneck, NJ
view »
Rams Head - Annapolis, MD
view »
The Fillmore - San Francisco, CA
view »
Wilda Marston Theater - Anchorage, AK
view »
Wilda Marston Theater - Anchorage, AK
view »
The Sitzmark - Girdwood, AK
view »
The Sitzmark - Girdwood, AK
view »
Redstone Room - Davenport, IA
view »
The Maintenance Shop - Ames, IA
view »
Cabooze - Minneapolis, MN
view »
VIEW MOST RECENT SHOW »
Inter-Media Arts Center IN HUNTINGTON, NY
0
I was there
Buy Poster
Legend
Media
Comments
Who Was There?
According to Moonalice legend, the great patriot George Washington was a member of the tribe. Everyone knows he was a Mason and our first president, but his role in the Moonalice legend has been obscured by the passage of time. It turns out that after chopping down the cherry tree and not lying about it, George was sent off to spend some time with the Moonalice tribe in Northern Virginia. They taught him how to be a farmer - a hippie, if you will - and George went on to a distinguished career as a plantation owner. Contrary to popular wisdom, the Washington plantation was devoted the cultivation of America's most important indigenous crop, hemp. Given the critical nature of hemp in the economy of the period, it was natural that a hippie such as Washington would be put in charge of first the army and then the country as a whole. While people were less uptight in those days than they are today, they nonetheless used a code to let the general know when they were in need of additional hemp products. The code, which is still in use today, was brilliant in its simplicity. If you needed supplies, you put up a sign that said, "George Washington slept here." Judging by the signs around Huntington, demand for hemp products appears to be very strong. 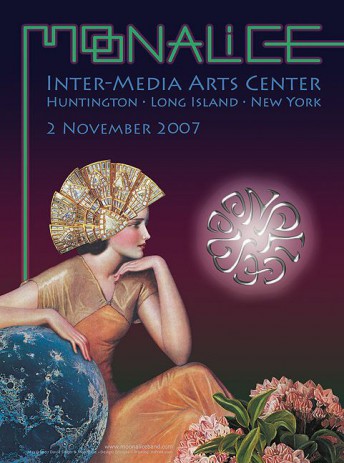