According to Moonalice legend, some aspects of history are true. Today is the 58th anniversary of one of the greatest train wrecks in American history. The wreck of The Federal Express occurred in Washington, DC's Union Station. A trainload of Republican party officials and supporters from Boston ran off the end of the track -- right into the middle of Union Station -- before the floor collapsed, dumping the locomotive an a couple of cars into the basement baggage room. The stationmaster had only 90 seconds of warning, but somehow cleared the station. Even more amazing . . . no on the train was killed, either. Best of all, I wrote a song about it. 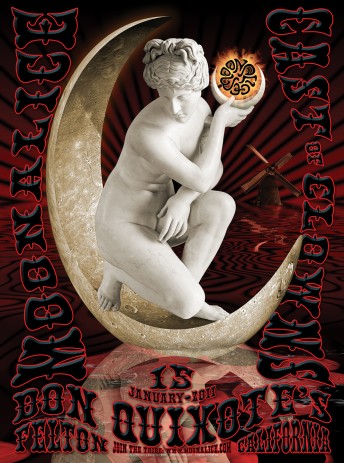