According to Moonalice legend, Humboldt Brews was named after a common tribal malady: the black eye that results from smacking yourself with a beer bottle.

According to Moonalice legend, David Singer's poster depicts Alexander von Humboldt Moonalice, a noted global explorer, brewer and hemp grower. Alexander also cut a fine figure on the dance floor. In high school, he was voted most likely to have a county named after him. 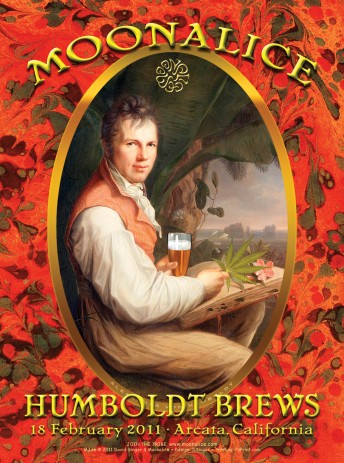