According to Moonalice legend, tonight’s poster features the lovely Iota Moonalice. Iota grew up with the railroad and spent her later years working at Union Station in Washington. Her job was in scheduling. Her job was to make sure it was always 4:20 somewhere on the railroad. In January 1953, a special express train – named The Federal Express – left Boston for Washington. It was filled with Massachusetts Republicans on their way to President Eisenhower's first inauguration. As the train approached Union Station at 80 mph, the conductor discovered that his brakes were not working. The watchman at the two mile marker realized what was happening and signaled the station. They had 90 seconds to get everyone out. The train blew through several walls, the station master’s office, and the main news stand. As it approached the main concourse, the floor collapsed. The locomotive and front few cars came to rest downstairs in the baggage room. Incredibly, no one was killed. A train filled with Republicans. 1953. Think about it. 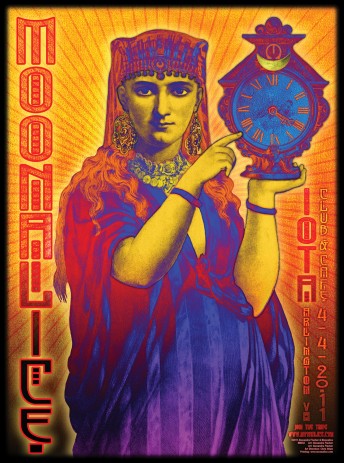