According to Moonalice legend, the Moonalice matriarch in the early days of Saratoga Springs was Granite Palace Moonalice, who called herself Lil, but everyone knew her as Nancy. To avoid confusion, I will henceforth refer to said matriarch as GP. She owned the land over the well head of the springs when the new folks said they wanted to buy the place. They said they wanted to drink the water. "Drink the water?" GP asked, barely contain a body laugh that was building inside her. "Drink the water from that spring?"

When GP burst out laughing, the new folks asked her why. Granite Palace Moonalice responded that her kind had been using the Saratoga spring as a bong for generations on end. 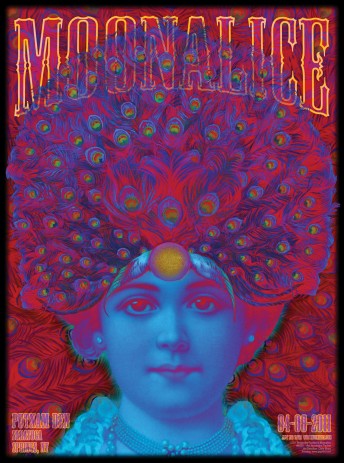