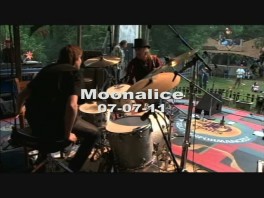 According to Moonalice legend, today is the 83rd anniversary of two great inventions. On this day in 1928, the Chillicothe Baking Company of Chillicothe, Missouri invented sliced bread. On the very same day, right here in Oregon, Veneta Moonalice changed tribal culture forever when she was the first to space out. The tribe has been perfecting the art ever since. If you haven’t tried it, this is you chance.

Note: Vince Littleton played drums. John's mother died on July 4 and he was with his family.
Note: This was a private show for vendors and staff at the Oregon Country Fair. The audience was the biggest we have played to at OCF. 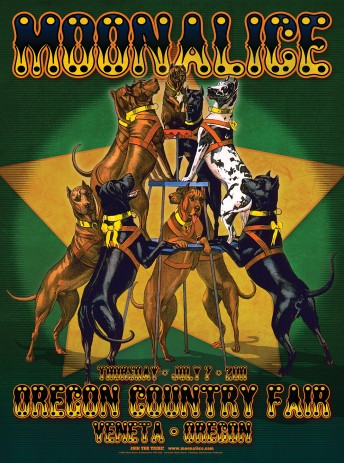