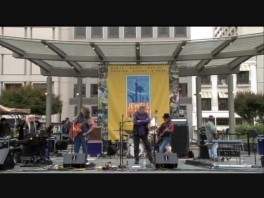 According to Moonalice legend, we have a free poster for each of you. The incredible Alexandra Fischer depicts a tale of very old San Francisco. Before San Francisco, this place was called Yerba Buena. Before that it was called the Swamp. It was inhabited by many critters, including the Fabulous Furry Frog Brothers, who initiated this continent’s first space program. The Frog Brothers decided to go to the moon. They tried hopping, but that didn’t work. Then they tried stacking. That didn’t work either, but then again, neither did the early rockets NASA tried to launch. As the Space Shuttle completes its final flight, let us celebrate those incredible space pioneers, the Fabulous Furry Frog Brothers!!!