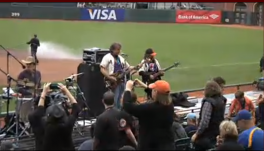 This is the set we played on top of the visitors' dugout at AT&T Park on Grateful Dead Night.

According to Moonalice legend, today's poster by Chris Shaw depicts Jerry Garcia's curve ball. Legend has it that Jerry's curveball flew. Unfortunately, it only flew after it made contact with a bat, after which it generally flew over the fence. This is why Jerry became a guitar player and the Grateful Dead became famous. 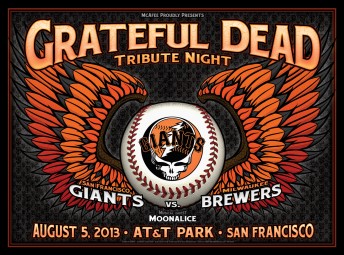