According to Moonalice Legend, the baseball season did not finish well for our Phillies. Tonight’s poster by Lauren Yurkovich depicts Phanatica Moonalice, a die hard Phillies fan who finished second at mascot tryouts for the IronPigs. As you can see, Phanatica is wonder how the Phils could pick up Harper and Cutch and Segura and eight other veterans ... and win only one more game than last year. The foxes are convinced it was mostly about Kapler and the pitching coach and the hitting coach and the general manager ... and the Braves and Nats. But who knows. The answer, my friends is blowing in the wind.

Notes:
The New Chambers Brothers missed this gig and Garcia's because of the death of George "Pops" Chambers. 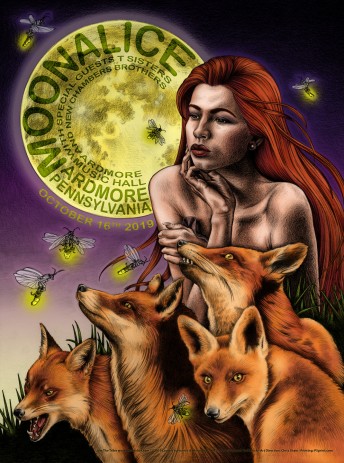