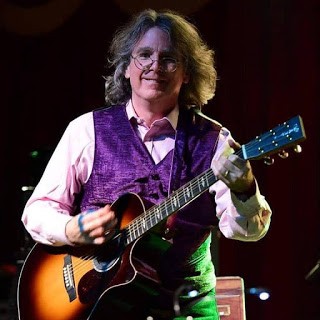 He described his inverted path to the stage in a recent interview, “Here’s how it worked. When I was in college, I was in a really awesome band called Guff. I think we really had a real shot. It was 1980 and we were playing really at the intersection of the Grateful Dead, Frank Zappa and punk, and it was a good time to be playing that kind of music. We were a quartet and the guy who wrote the songs fell in love and ran away. I had been supporting myself through all of this and I had all these student loans and then, suddenly, the notion of going off and trying the band thing without our core songwriter just seemed really risky. So I went off and got a day job. By a series of total miracles…it worked out really, really well!”