According to Moonalice legend, the controversy about tonight's poster by Dave Hunter began in 1906 when William Jennings Bryan suffered an unexpected bout of flatulence upon hearing reports of the San Francisco earth quake.  It got worse when one of Dave's drafts went down on the Titanic.  Forgotten during the World Wars, the controversy re-emerged during the Red Scare of the 50's.  By the time it got to Jerry Garcia in 1967, the controversy was ready for anything.  It went to an Acid Test and has never been the same.

Groovin' show last night! Hope you guys will come back to So Cal soon! Thanks!!! 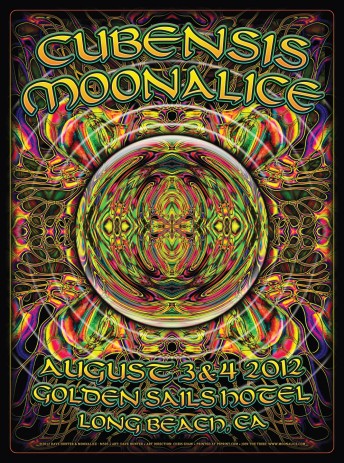