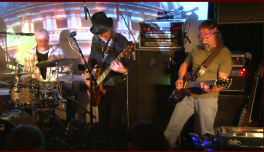 According to Moonalice legend, tonight's poster by David Singer depicts the Moonalice Stooges, a vaudeville act that attempted the leap to Hollywood. A sincere effort to rip-off the Howard brothers and Larry Fine fell short due to the Stooges' general stooginess. Our stooges couldn't count ... there were Four, not Three. And then there were the names. Our guys got off to a good start - the frogs are Moe, Larry, and Curly - but the cat-like fourth Stooge was not Shemp ... or even Curly Joe. He played drums, so they called him Ringo. Soytenly! N'yuck, n'yuck!!! 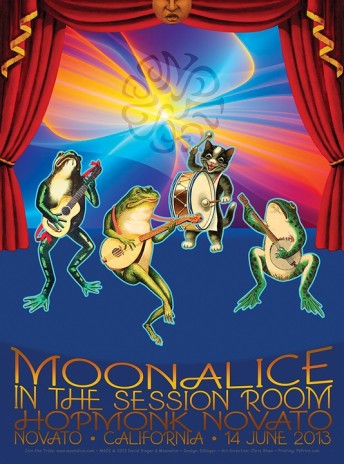