According to Moonalice legend, tonight's poster by Alexandra Fischer depicts Captain Mesa Tempe, a pirate captain and cannabis smuggler who got lost at sea and washed up on the beaches of Phoenix. Cap'n Tempe's flamboyant behavior barely raised an eyebrow in Arizona a century ago. We believe he was responsible for Arizona's legendary openness to immigrants and alternative lifestyles.

yay, Moonalice is back! Hoping that 2014 will be another rocking year :)

So good to see you again on the couch tour ! thx to all !

great show and a really good time was had by all thanks guys for coming back :) 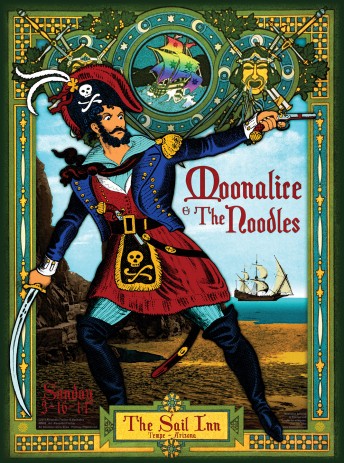