According to Moonalice legend, this is a new year. They are calling it 2019, but a friend of ours hopes that we will eventually refer to year with a name borrowed from the game of Bridge: One No Trump. Tonight we have two posters to celebrate the new year! We have been off the road for a bit, so Alexandra Fischer’s poster will catch you up on developments in the legend. You may have heard that the Chinese landed a spacecraft on the dark side of the moon. Apparently Fox News did not cover it, so Trump didn’t know until he saw this poster. Trump immediately announced that he wants to build a wall on the moon. He said the Martians will pay for it.

Notes:
This was the first show of the year. We played 7 songs for the first time and revived several others that had not been played in ages.
Oteil Burbridge sang the vocal on "China Doll" 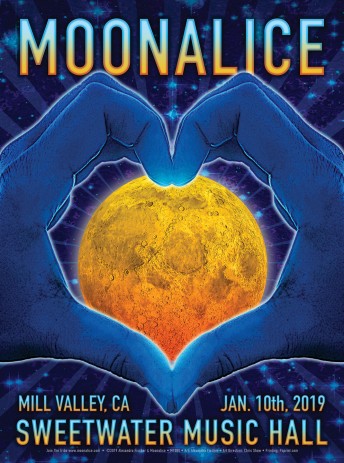 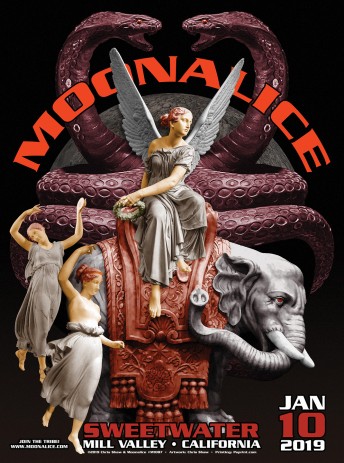