It has been widely reported that prior to Jean-Pierre's take-off, President Washington passed something to the would-be balloonist. The history books suggest that Washington gave Blanchard a note to show people he met upon landing, just in case they thought he was from outer space. That didn't sound credible to us, so we consulted Moonalice legend. Naturally, we found the full story.

Anyone who has seen the movie National Treasure knows that Washington, Jefferson, Adams, et al were members of the Masons. What they don't know is that these patriots were also members of the Moonalice tribe. Washington was an enormously successful hemp farmer in Virginia, and well known for the quality of his product. Moonalice legend reveals that what Washington gave Blanchard was a tightly rolled hemp product. He was reported to have said, "Yo Jean-Pierre! If you're going to be a mile high, you might as well be eight miles high! Happy landings!!" 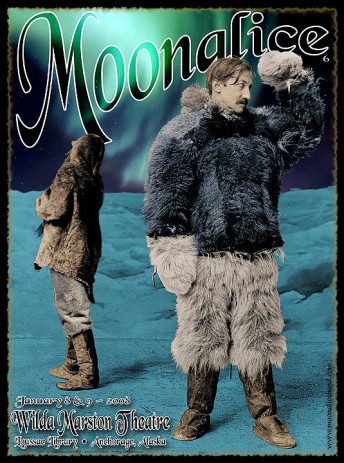