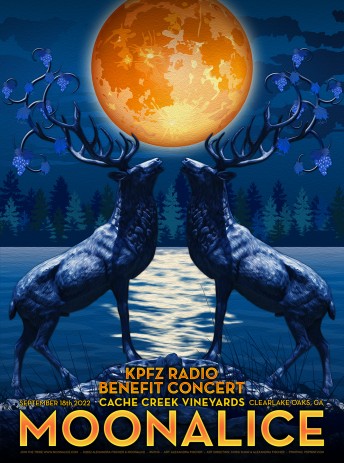 As a result, June 28 is Perfect Party Day in the tribe. It put a ton of pressure on the crowd in San Geronimo, but they were up to it. According to a different part of Moonalice legend, San Geronimo was the patron saint of sky divers. History books (and Wikipedia) tell a different tale, describing San Geronimo as an Arab boy who refused to renounce Christianity and was given the first Jimmy Hoffa burial in history, in the foundation of the Fort of the 24 Hours in Algiers.

San GeroniMo Moonalice fared much better. He never had to worry about martyrdom. Or skydiving. Along with his brothers San GeroniLarry and San GeroniCurly, San GeroniMo performed on the tribal vaudeville circuit. He was a master of the double eye poke, but his brothers always seemed to come out okay. N'yuck, n'yuck.

We were trying to figure out which San Geronimo was honored in the naming of a lovely little town in Marin County. The San Geronimo who was buried in cement? Or the one who performed to Three Blind Mice? The answer seems obvious to us. 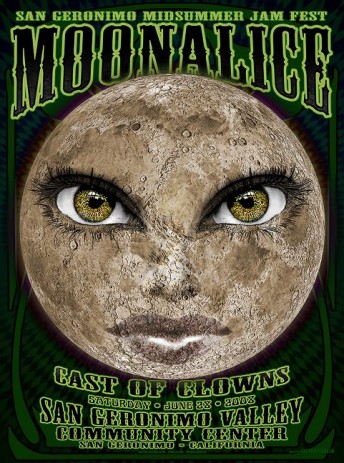