On a more positive note, later chapters of the legend refer to the extraordinary agricultural success enjoyed by the Big Sky tribe. They leveraged their superior elevation to produce exceptional hemp products and accessories, validating the First Commandment of Moonalice: higher is better.

[For those of you who are new to the tribe, Moonalice has two clans, one of which was agricultural. The agricultural clan grew only one crop. Hemp. Hemp is the key ingredient in rope, as well as a number of entertainment products.] So Moonalice hemp helped to tame the west. That's kind of ironic, as one of the tribes being tamed was Moonalice. We hate it when irony slaps us in the face.

Tonight's highlights: Jon Cousin and Shea Stephens got engaged at the gig. How cool is that? The fireworks were fantastic! 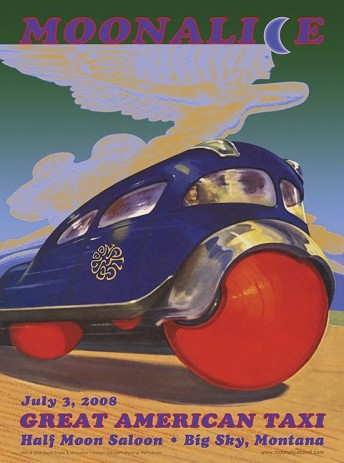