Today is Towel Day, which commemorates the life and writings of the great Mr. Adams. We took the stage, armed with a lovely red towel from the bus, and played a set where every song was connected to the one before and the one after. Some kind of Force emanated from the audience and the ring of majestic oaks that surrounded the stage. No wonder. Today is also Universal Day of the Jedi, and the 31st anniversary of the release of Star Wars. Played our hearts out, we did. Great show, it was. 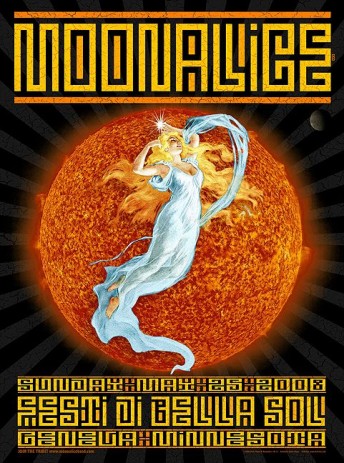