Smokitall was tone deaf, so he had no choice but to go into agriculture. There his impatience produced an innovation: Beaujolais Hemp. Smokitall had an insight: if you harvest hemp when it's six inches tall, you can smoke the stems. The tribe tried to tell him he was crazy, but Smokitall persisted in his dream. He inhaled prodigious quantities of Beaujolais Hemp, resulting in black lung and early death. His spirit has lived in the fields ever since.

According to a different part of Moonalice legend, the shortest distance between two points doesn't matter. What matters is how sharp the points are. 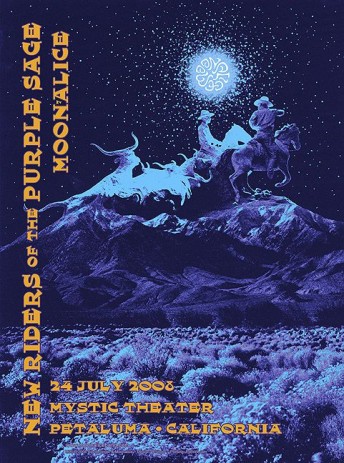