According to Moonalice legend, tonight’s poster by Alexandra Fischer features Half Dome Moonalice and his bicycle gang. Half Dome hailed from the Yosemite clan of Moonalices. Indeed he hailed from the very bottom of that gene pool. When he heard about Las Tortugas Dance of the Dead, Half Dome took the bicycle gang up to the peak that carries his name and explained his plan. He convinced the gang that the combination of Yosemite’s elevation and his fine hemp would allow them to fly!!! Off the edge of Half Dome they flew, straight down to the valley floor. That’s when the promoters decided you didn’t have to be dead to attend this festival. 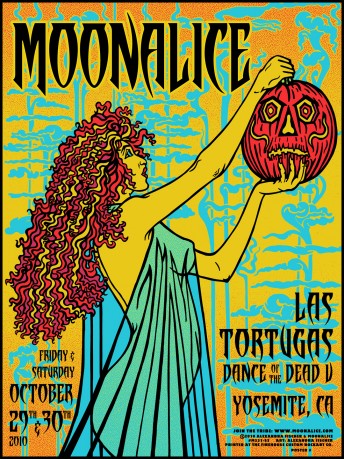 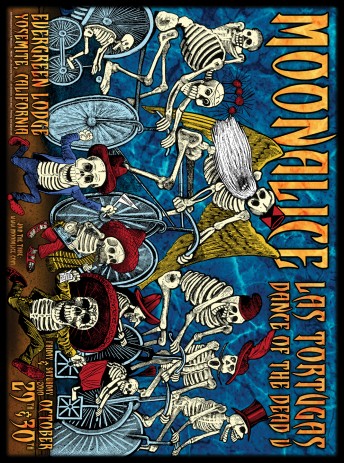