According to Moonalice legend (and David Nelson), Whippany was the site of Barbara Walters' first and only sports telecast. At the US Olympic training facility in Whippany in 1956, Baba Wawa filled in for a friend who was too hung over to go on air. Her job was to interview track & field athletes. Unfortunately, she new nothing about track and field. She saw lots of people in skimpy clothing, but didn't know what to ask. Then she saw a blond haired man with a very long stick. Baba Wawa went up and asked, "Are you a pole vaulter?" The man replied, "No, I"m Ukranian, but how did you know my name was Walter?"

According to Moonalice legend, there were two power failures during this show. There was also one new song (Hallelujah), and the first acoustic performances since Oregon Country Fair. 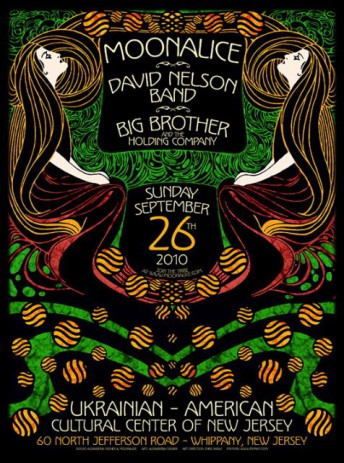