According to Moonalice legend, Asbury Park was home to some weird animals back in the day. The tribe's favorite were a pair of flying stone doggies named Buster, depicted on tonight's poster by Chris Shaw. In Moonalice legend, Buster and Buster serve as an object lesson for what happens to dogs who consume mass quantities of hemp products. The lesson? Always consume in moderation.

According to Moonalice legend, a last minute schedule change resulted in us playing EARLY for the second day in a row! This time we played at 8pm instead of 9:45pm. 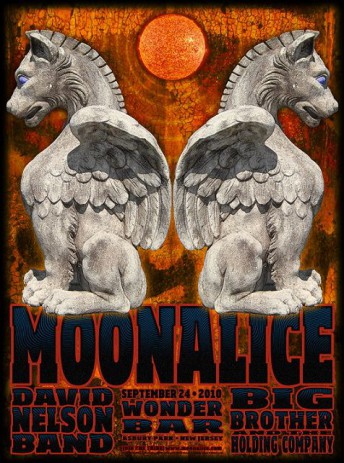