According to Moonalice legend, tonight's poster by Carolyn Ferris depicts a surrealistic moment in Moonalice history. While Rene Magritte was painting his famous dude in a bowler hiding behind an apple, his buddy Salvador Dolly Moonalice was painting the same guy from the other side. If you are wondering why you never saw Salvador's version, it's because he painted on a rolling paper. He rolled up and smoked it with Magritte.

According to Moonalice legend, this show started 25 minutes EARLY! 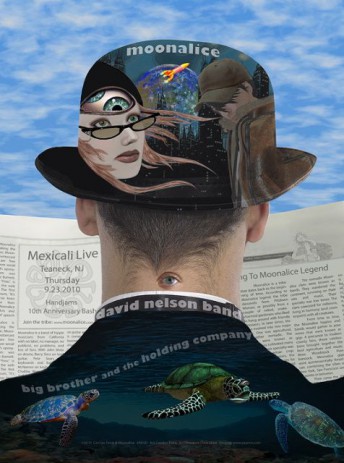