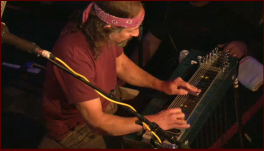 According to Moonalice legend, tonight's poster by John Mavroudis depicts Saint Lefty O'Moonalice, the first woman to pitch in the majors. When the American League started in 1901, there was a team right here in Baltimore. The first Baltimore Orioles team had woeful pitching. With no alternatives, they signed the best woman available, our own Lefty. She was so good, the team won a ton of games. Two years later management moved the team to New York and changed its name first to Highlanders and then to the Yankees. Booo! In New York, she's a saint. Here, maybe not so much.

What a wonderfull show !!! 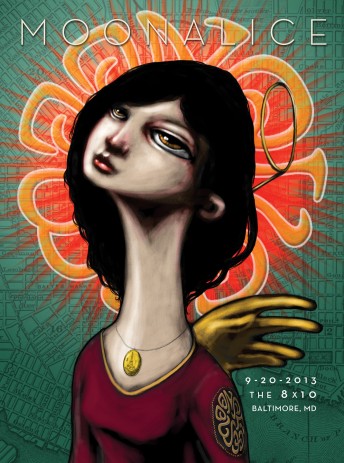