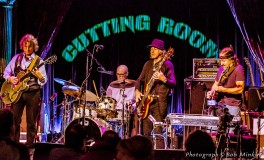 According to Moonalice legend, when our tribe holds its version of the Olympic Games, most of the featured events relate to the consumption of fine cannabis. For example, our sprint events begin with a bong hit, after which the contestants run as fast and far as they can before exhaling. In gymnastics, we have floor exercises and rings in a single event, where the contestants blow smoke rings until they pass out. But the main event at the Moonalice Olympics is rock-paper-scissors. Historically, rock has won the most golds, largely because rock has the best music. But recently, athletes from the Cutting Room have changed the game. They have combined the musical prowess of rock with the utility and sharp edges of scissors to grab gold on behalf of the Big Apple. And we are glad they did!!

Notes:
John Molo (percussion) and Michael Jude (vocals) played with DDS on Ohio.
Vonnie Quinn played fiddle with DDS on Now That Your Dollar Bills Have Sprouted Wings and Couple of Puffs.
John, Barry and Roger played with Brothers Keeper on The Weight. 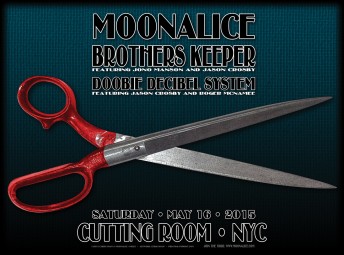