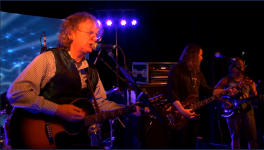 According to Moonalice legend, things have gotten weird. This winter Boston got more snow than Alaska and California ran out of water. Kanye almost ran on stage at the Grammys ... but he stopped. The good comedians are abandoning the news business, leaving it to Brian Williams. Texas is deploying its state guard to monitor army warm games ... to make sure the army doesn't invade the state ... from a base inside Texas. Now in Baltimore they are playing baseball games without any fans. As tonight's poster by Darrin Brenner demonstrates, a chasm has opened up between Agoura Hills and reality. We don't know what is down in the chasm, but it has to be better than reality. 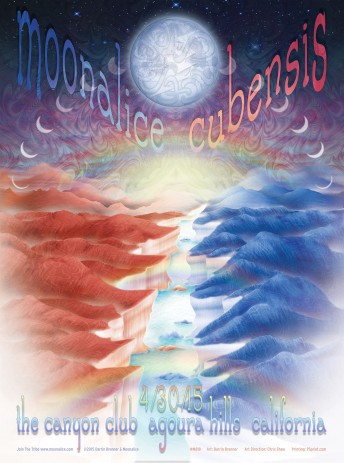