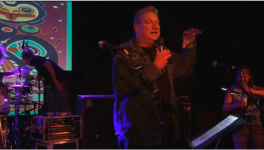 According to Moonalice legend, overfishing and climate change appear to be having a negative impact on the salmon population of the Columbia and Willamette Rivers. There just aren't enough salmon. Where many of us worry, others see an opportunity. As shown in tonight's poster by Gary Houston, smaller fish are cashing in on the shortage by ganging up. This six fish team has executed a flawless king salmon, earning them a perfect score on the Outdoor Network. As with so much of the Moonalice legend, hearing is believing....

Notes:
30th Anniversary of Mt. St. Helens/Fire on the Mountain
45th Anniversary of Dock Ellis' no hitter on LSD
The world famous PDX Carpet did not attend the show
Mookie Siegel played keys 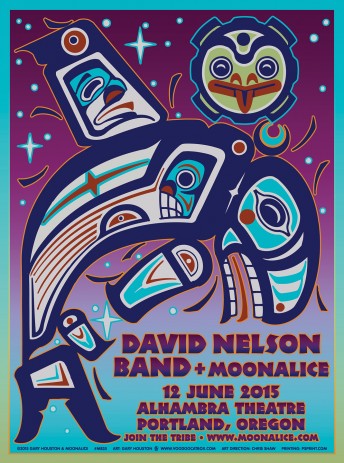