According to local legend, Ann Arbor was founded by two land speculators, who named the town for their wives. One of them built a saw mill on the site. Local Native Americans saw the mill and said "Kaw Goosh Kaw Nick! Kaw Goosh Kaw Nick!" (We're not making this up; it's in Wikipedia.) This is where local legend breaks down and Moonalice legend takes over. The locals thought the Native Americans were mimicking the sound of the saw mill. Moonalice legend knows better. In Moonalice, Kaw Goosh Kaw Nick means, "only a white man would saw lumber instead of growing hemp or playing bass!"

For the record, Everest Moonalice appeared first at the Fillmore concert way back in '08, claiming his name derived from having the "highest point of view." Others believed it was the "snow on the mountain" that made it seem right, as Everest's crown of white locks could be seen well, even in the dimly lit corners of the divey bars in which Moonalice Band was known to perform. Everest was frequently heard muttering terms like "absolute synchronization" and "induced-synasthesia" and The Future of Music. Even when the spaceships came to take him away, Everest was reluctant to leave until he was sure he could hyperlink himself back to the present anytime he wanted. 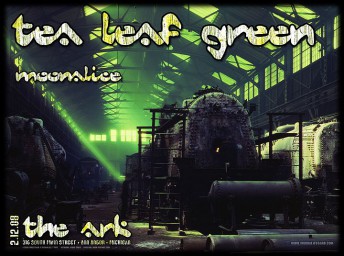