Today is also the 136th anniversary of the nomination of the first woman to run for president. Her name was Victoria Woodhull and she was nothing short of amazing. She made a fortune on Wall Street with her sister, the first women brokers in stock exchange history. Then she dedicated herself to two propositions: women's suffrage and free love. Those of you who are experienced in the Moonalice Legend can probably tell where this is going. Victoria was not popular with other leaders of the suffrage movement - such as Susan B. Anthony, who apparently had a problem with the free love part - but Vickie was REALLY popular with Moonalice tribe members. Still is. We're hoping she runs again.

Three members of Tea Leaf Green joined us on stage for the final song of this great east coast tour. We love TLG and look forward to touring with them again soon. 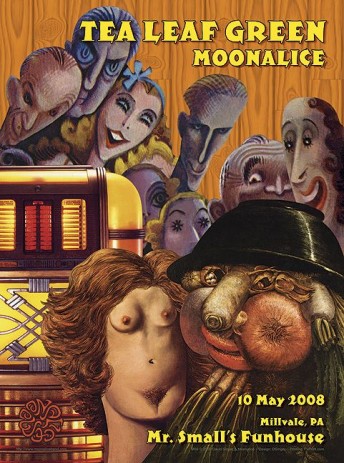