According to Moonalice legend, we arrived late last night to discover that our hotel was overrun by members of the Knights Templar. The Knights are a special group of Masons. Their uniforms are blue and very stylish. Their medals were impressive. But hats are their best feature. Very formal, with giant ostrich feathers. Admiral Nelson would have loved it. Then came the piece de resistance: we saw Tom Hanks and Dan Brown running down State Street, being chased by a gang of Munchkin-sized monks wielding baseball bats. 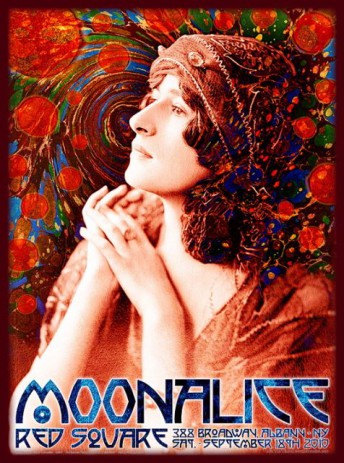