While perusing the closest thing we know to the Encyclopedia Gallactica, we discovered that May 3 is also Discoflux, the fifth holiday of the Discordian calendar. Digging deeper, we learned that since 1958 there has been a Discordian religion, centered on the notion that chaos is as important as order. Wow. How could we not know about this? The Discordians' key text, the Principia Discordia, begins with the following quote:

We couldn't have said it better ourselves. Never has a band felt more welcome at a gig than we did at the Variety Playhouse. We parked the bus in front of the theater. Right across the street was an apartment complex called the Bass Lodge. We hadn't realized it until now, but any place Moonalice stays in a Bass Lodge. 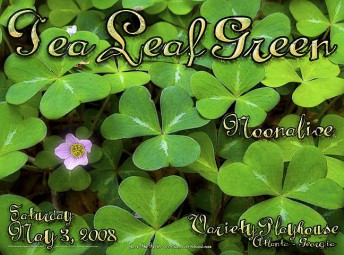