According to Moonalice legend, Long Beach harbor played a really important role in supporting our Navy during World War II. While the boys were off fighting in Europe and Asia, the heavy lifting in factories fell to women. They busted their butts. And afterwards they danced to the music of Rosie the Riffster. As depicted in tonight's poster by Darrin Brenner, Rosie could rock. She was so good that she could play guitar with both hands tied behind her back ... Better yet, she could roll a doobie at the same time. That's one reason why Moonalice is a matriarchy. 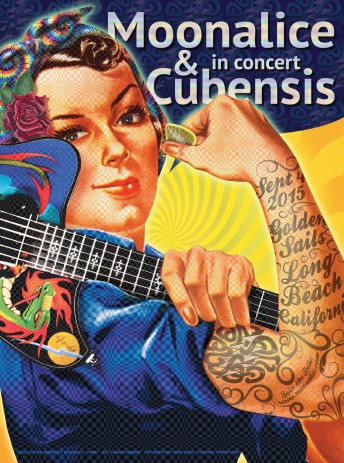