Felton's role in the legend has expanded since the last time we were here! According to Moonalice legend, all school age children in the tribe must complete a three-year course in freedom fighting before their 16th birthday. Taught by tribal elders, the course prepares young Moonalice for a life of independence, free from prohibitions. One of the great benefits of the course is the development of immunity to the power trips of others. The best example in recent times occurred in Felton on July 13, LINdependence Day. The Moonalice tribe has campaigned for Freedom from Windows since 1990. While our allegiance is to the fruit of Cupertino, we came tonight in solidarity with the LINdependence Freedom Fighters of Felton. Windows sucks!

According to Moonalice legend, you can lead a horse to water, but why would you want to? 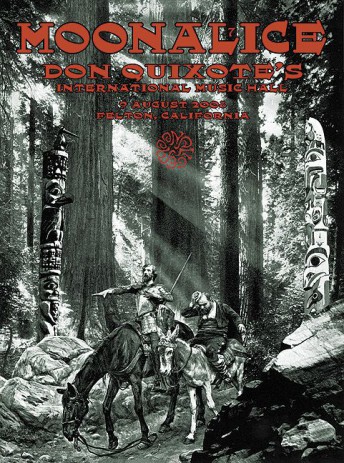