According to Moonalice legend, tribal agriculture and music have always shared a special bond in the area that is now Nashville. The tribal clans helped each other out in ways we have not seen elsewhere in the tribe. At harvest time, thousands of members of the musical clan put down their instruments and went into the fields. Why? Why here? Then it hit us. Of course the musicians near Nashville would go into the fields at harvest time! They're pickers!!! 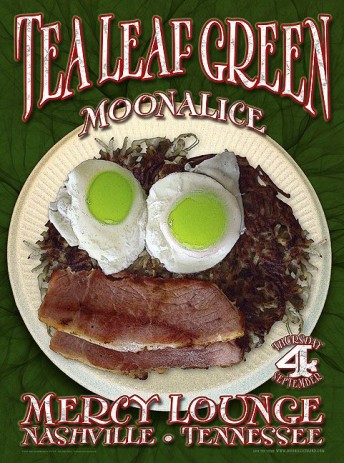