According to Moonalice legend, August 10 is National S'mores Day. Eat 'em if you've got 'em. If you haven't, fall back on traditional herbal remedies.

According to Moonalice legend, reality is only interesting in moderate doses. We bring this up because today is the 60th anniversary of Candid Camera, the original reality TV show. Did you know that the show began on radio as Candid Microphone? Didn't think so. In the mid 60s, there were brief experiments with other reality TV formats, including Candid Acid Test, Candid Human Be In, Candid Inner City Riots and Candid Vietnam War, but none of them had any staying power. It turns out that people only want phony reality on TV. Which brings us to the Moonalice philosophy of Confusionism. Reality is all well and good, but you will be happier if you make your own. 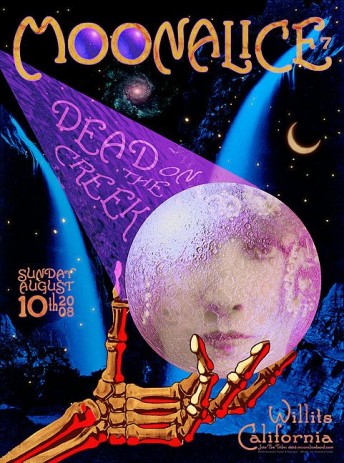