I bring this up because the tribe in its heyday was an oasis for independent women. Faced with limited rights in European, Asian, and African cultures, women who wanted respect and political power found a home in the Moonalice tribe. For all intents and purposes, Moonalice had a monopoly on matriarchy as a political system, but the tribe worked hard to spread its philosophy. They didn't make much progress for hundreds of years, until the women's suffrage movement took root in urban cultures in the late 19th century. Leveraging its thought leadership, the tribe fought to make suffrage happen as the first step towards matriarchy.

The moment of triumph came 88 years ago today. That's when the 19th Amendment became law in the United States and women got the right to vote. Unfortunately, the 19th amendment came after the 18th, which was the law that banned alcohol. Prohibition shook the tribe to its core, depleting its numbers and resources at the moment of triumph. As a result, women's rights stalled for another fifty, sixty, seventy years. But if you heard Michelle Obama's speech from the Democratic National Convention, you know we're back on track. 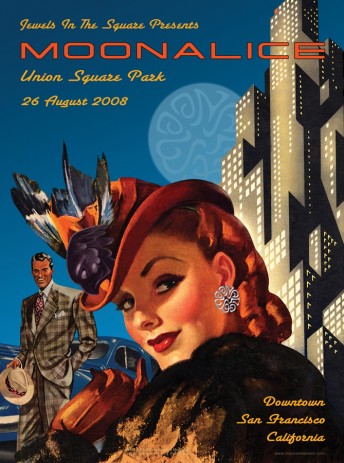