Given the size of Washington's sales territory - it ran from Virginia to Connecticut - several towns emerged as distribution hubs. Sellersville, PA was one of these towns. Some have suggested it may have been the eBay of hemp in the 18th century. We don't know.

Upon arrival in Sellersville we went in search of evidence of Moonalice presence in the region. Our suspicions immediately fell on the Washington House hotel. It had the customary landmark status and a couple of historical markers out front. But no "George Washington Slept Here." We found this odd as the hotel's claim to fame is that Washington really did sleep there. The lack of sign meant one of two things: either the hotel is owned by people who are not yet members of the tribe or they already have all the hemp they need, thanks. We'd like to think it's the latter. 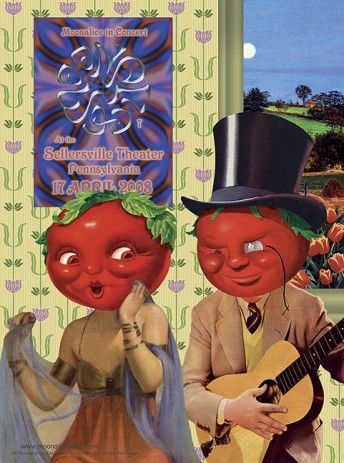